A performance installation commissioned by The Bluecoat to celebrate the 300th anniversary of the founding of the Blue Coat School as part of the Liverpool Biennial 2008.

Traces was inspired by Geraldine’s discovery of a document listing the names of 52 girls who were forced to leave the school in July 1949 when the Blue Coat became boys only. At the same time the school decided its unique uniform would no longer be worn.

The clatter of a plate, a glimpse of children in the corridors and the toll of the dinner bell. The school rooms of yesterday became the museum of today as the spirit of Blue Coat girls haunted the old school building.

Traces was performed by current pupils of the Blue Coat School, Liverpool. 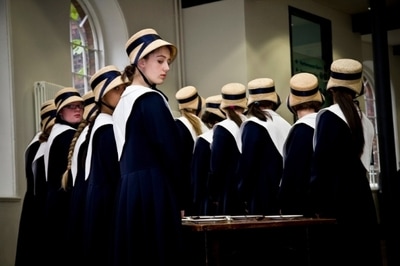 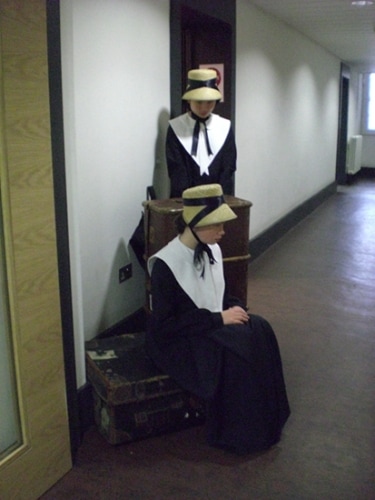 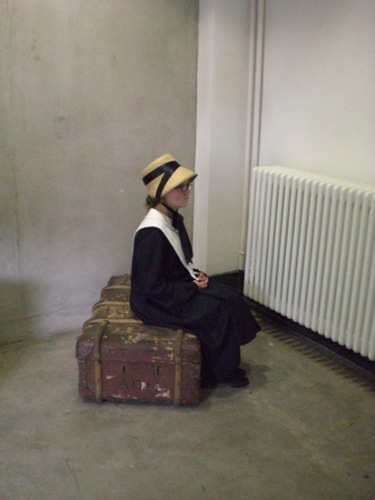 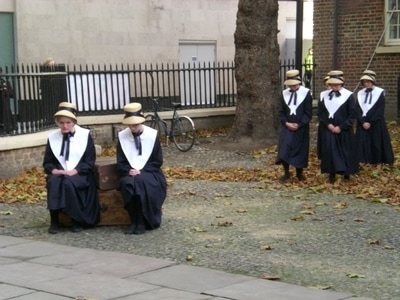 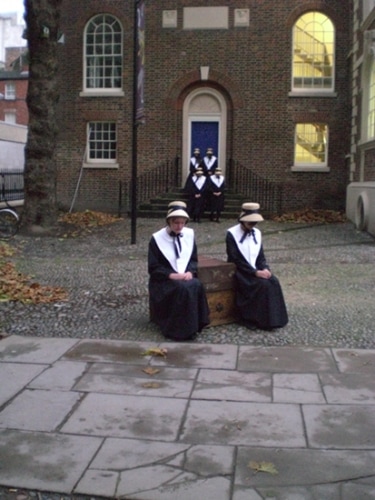 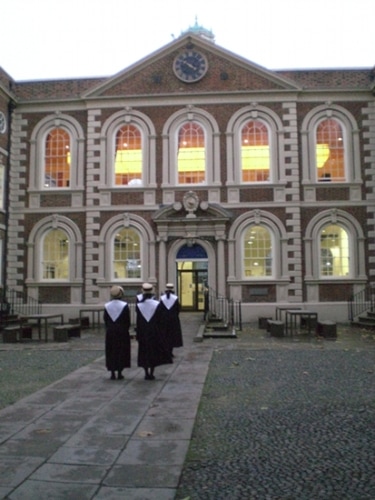 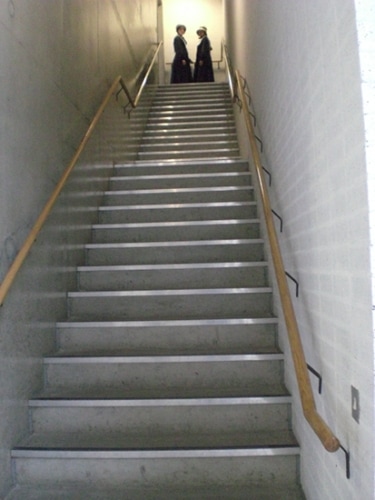 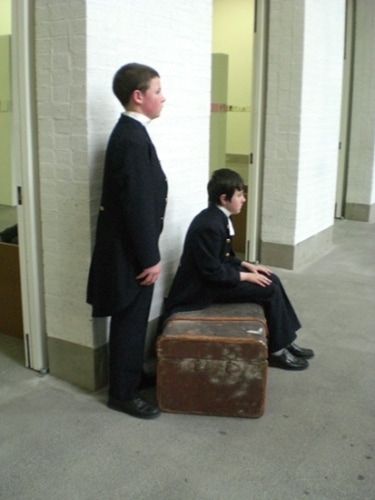 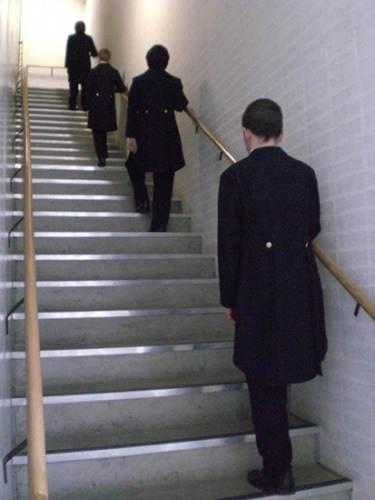 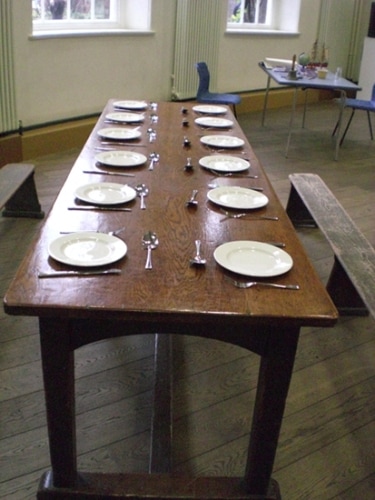 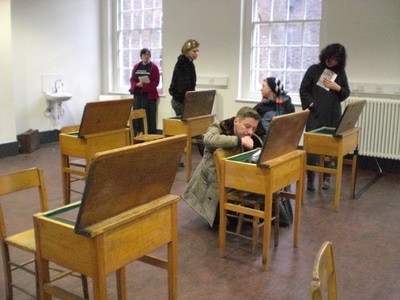 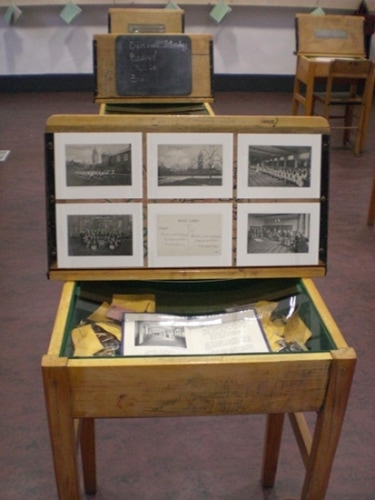 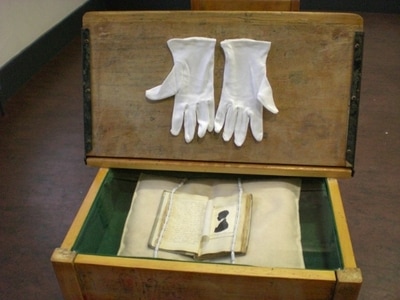 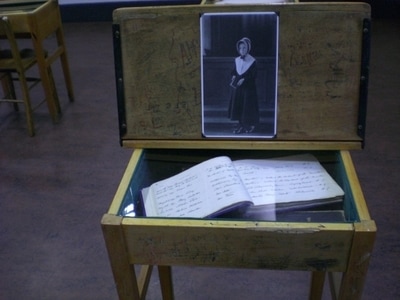