Geraldine Pilgrim brought her flair for powerfully evocative transformations of buildings and landscapes to an iconic industrial site in East London. The former Sanofi factory in Dagenham East which closed in 2013 after 79 years is the setting for Well, an hour-long performance journey which celebrates the life of the former pharmaceutical factory and those who worked in it, re-energising its now empty spaces with memories and stories.

Well entwines the story of the factory (which opened as May & Baker in 1934) with the history of medicine, apothecaries and chemists, the discovery of new drugs and the desire to create a better world and make people well.

The empty building is asleep and dreaming of its past. Half-opened doors reveal moments of medicine’s history. A choir of chemists sing an A capella lullaby of periodic tables, tablets and pills pour into an empty space, video images inhabit metal cabinets and the scientists’ white coats hang ready for the day’s work.

May and Baker is renowned as the company who, in 1939, discovered sulphapyridine, colloquially known as M&B 693 or simply M&B. M&B 693 was one of the first generation of sulphonamide antibiotics and the first known chemical cure for pneumonia. It could either be taken in tablet form or the powder could be placed in wounds. It was used so widely during the Second World War that May & Baker had difficulty keeping up with demand.

Medicine, apothecary and pharmacy are united within the performance which traces the history of biomedical science alongside the manufacture of a medical tablet – from plant source to pill – that enables people around the world to be “well.”

Commissioned by Creative Barking and Dagenham (CBD),Well is a genuine collaboration with the local community. Its 170 performers include former Sanofi employees, students from Barking and Dagenham College, ballroom dancing couples, choirs, line dancers, contemporary dance groups and gardeners. The factory inspires love and happy memories from its ex-employees. Kathy, the cleaning supervisor who worked at the factory for 23 years and takes part in the piece, says she still hears the voices of her colleagues as she walks around the empty corridors

Well is a Landmark Commission from Creative Barking and Dagenham supported using public funding by the National Lottery through Arts Council England and an Artsworks Development Grant from the Paul Hamlyn Foundation. Presented in association with SOG, Londoneast-UK and the Broadway Theatre Barking. 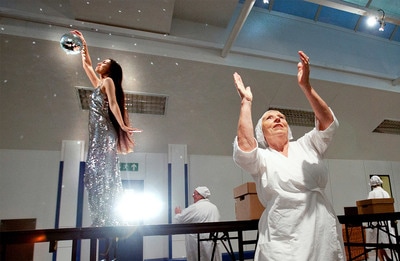 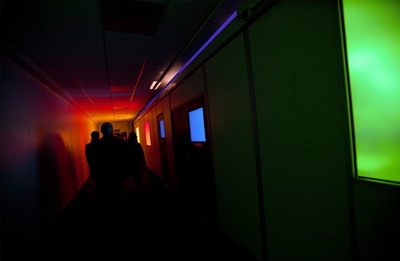 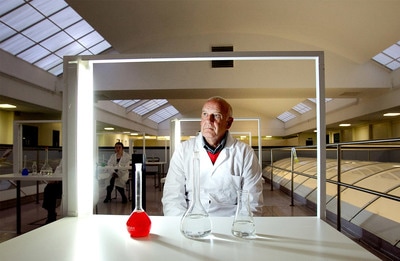 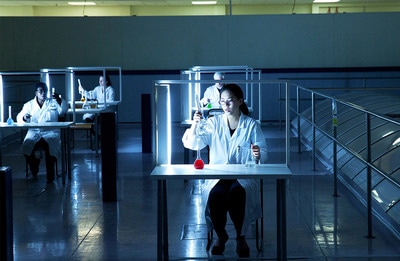 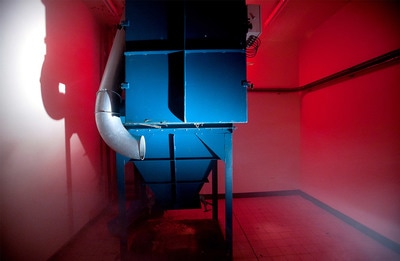 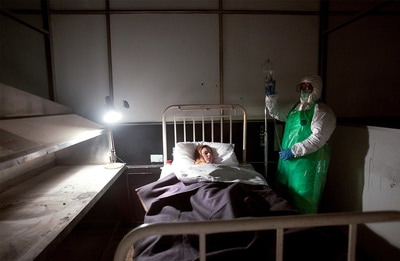